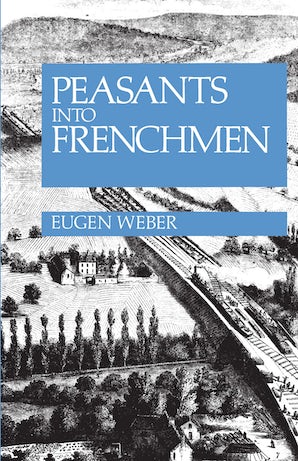 France achieved national unity much later than is commonly supposed. For a hundred years and more after the Revolution, millions of peasants lived on as if in a timeless world, their existence little different from that of the generations before them.

The author of this lively, often witty, and always provocative work traces how France underwent a veritable crisis of civilization in the early years of the French Republic as traditional attitudes and practices crumbled under the forces of modernization. Local roads and railways were the decisive factors, bringing hitherto remote and inaccessible regions into easy contact with markets and major centers of the modern world. The products of industry rendered many peasant skills useless, and the expanding school system taught not only the language of the dominant culture but its values as well, among them patriotism. By 1914, France had finally become La Patrie in fact as it had so long been in name.