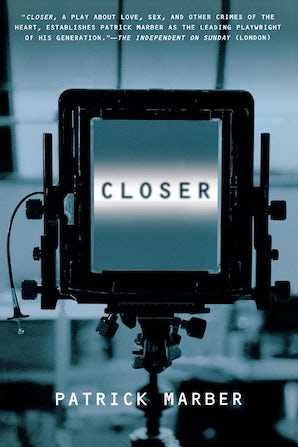 The award-winning play of love and betrayal that was the inspiration for Mike Nichols' acclaimed film of the same name and starring Julia Roberts, Jude Law, Natalie Portman, and Clive Own.

In Closer, Patrick Marber has created a brilliant exploration into the brutal anatomy of modern romance, where a quartet of strangers meet, fall in love, and become caught up in a web of sexual desire and betrayal. Closer is being hailed as one of the best new plays of the nineties, and as the London Observer noted, it "has wired itself into the cultural vocabulary in a way that few plays have ever done."