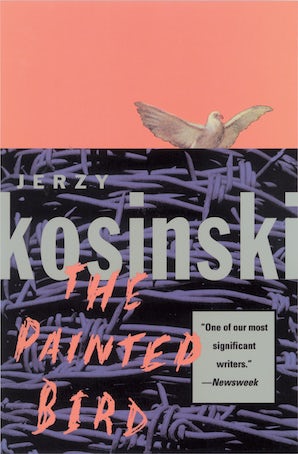 Originally published in 1965, The Painted Bird established Jerzy Kosinski as a major literary figure. Kosinski's story follows a dark-haired, olive-skinned boy, abandoned by his parents during World War II, as he wanders alone from one village to another, sometimes hounded and tortured, only rarely sheltered and cared for. Through the juxtaposition of adolescence and the most brutal of adult experiences, Kosinski sums up a Bosch-like world of harrowing excess where senseless violence and untempered hatred are the norm. Through sparse prose and vivid imagery, Kosinski's novel is a story of mythic proportion, even more relevant to today's society than it was upon its original publication.