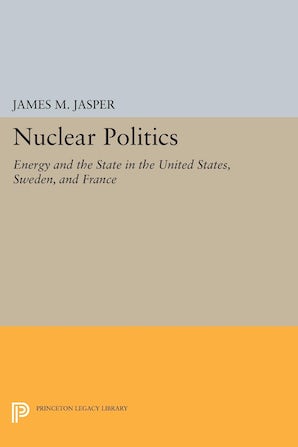 Energy and the State in the United States, Sweden, and France

Why did nuclear energy policies in France, Sweden, and the United States, very similar at the time of the oil crisis of 1973 and 1974, diverge so greatly in the following years? In answering this question, James Jasper challenges one of the most popular trends in political analysis: explanations relying exclusively on political and economic structures to account for public policies. Jasper proposes a new cultural and state-centered approach--one heeding not only structural factors but cultural meanings, individual biographies, and elite discretion. Surveying the period from the successful commercialization of light-water-reactor technology in the early 1960s to the present, he explains the events that occurred after 1973: France built even more reactors than it needed, the United States canceled most reactor orders, and Sweden completed planned nuclear plants but decided to phase out nuclear energy by 2010.

This work is based on one hundred interviews with managers, policymakers, and activists in the three countries. In addition to providing a unique theoretical perspective, it broadens our understanding of nuclear policy by looking at three countries in depth and over a long historical span.

The Princeton Legacy Library uses the latest print-on-demand technology to again make available previously out-of-print books from the distinguished backlist of Princeton University Press. These editions preserve the original texts of these important books while presenting them in durable paperback and hardcover editions. The goal of the Princeton Legacy Library is to vastly increase access to the rich scholarly heritage found in the thousands of books published by Princeton University Press since its founding in 1905.