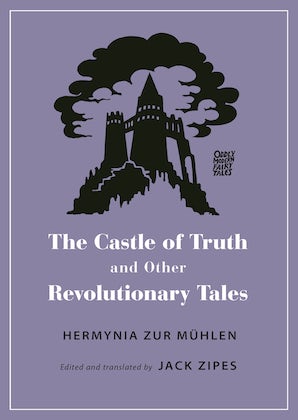 The Castle of Truth and Other Revolutionary Tales

Hermynia Zur Mühlen (1883–1951), one of the twentieth century’s great political writers, was not seemingly destined for a revolutionary, unconventional literary career. Born in Vienna to an aristocratic Catholic family, Zur Mühlen married an Estonian count. But she rebelled, leaving her upper-class life to be with the Hungarian writer and Communist Stefan Klein, and supporting herself through translations and publications. Altogether, Zur Mühlen wrote thirty novels, mysteries, and story collections, and translated around 150 works, including those of Upton Sinclair, John Galsworthy, and Edna Ferber. A wonderful new addition to the Oddly Modern Fairy Tales series, The Castle of Truth and Other Revolutionary Tales presents English readers with a selection of Zur Mühlen’s best political fairy tales, some translated from German for the first time.

In contrast to the classical tales of the Brothers Grimm and Hans Christian Andersen, Zur Mühlen’s candid, forthright stories focus on social justice and the plight of the working class, with innovative plots intended to raise the political consciousness of readers young and old. For example, in “The Glasses,” readers are encouraged to rip off the glasses that deceive them, while in “The Carriage Horse,” horses organize a union to resist their working and living conditions. In “The Broom,” a young worker learns how to sweep away injustice.

With an informative introduction by Jack Zipes and period illustrations by George Grosz, John Heartfield, Heinrich Vogeler, and Karl Holtz, The Castle of Truth and Other Revolutionary Tales revives the legacy of a notable female artist whose literary and political work remains relevant in our own time.

Jack Zipes is the translator of The Original Folk and Fairy Tales of the Brothers Grimm and editor of The Sorcerer’s Apprentice (both Princeton), as well as editor of The Great Fairy Tale Tradition (Norton). He is professor emeritus of German and comparative literature at the University of Minnesota.