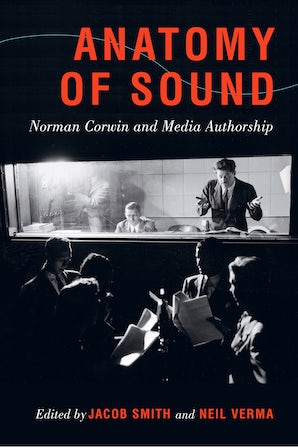 This collection examines the work of Norman Corwin—one of the most important, yet understudied, media authors of all time—as a critical lens to view the history of multimedia authorship and sound production. Known as the “poet laureate” of radio, Corwin is most famous for his radio dramas, which reached millions of listeners around the world and contributed to radio’s success as a mass media form in the 1930s and 1940s. But Corwin was also a pioneer in other fields, including cinema, theater, TV, and journalism. In each of these areas, he had a distinctive approach to “soundwork,” relying on inventive prerecorded and live-in-real-time atmospheric effects in the studio, among other aesthetic techniques. Exploring the range of Corwin’s work—from his World War II–era poetry and his special projects for the United Nations to his path-breaking writing for film and television—and its influence on media today, these essays underscore the political and social impact of Corwin’s oeuvre and cement his reputation as a key writer in the history of many sound media.

Jacob Smith is Associate Professor in the Department of Radio-Television-Film and Director of the MA in Sound Arts and Industries at Northwestern University. He has written several books, including Vocal Tracks: Performance and Sound Media, Spoken Word: Postwar American Phonograph Cultures, and Eco-Sonic Media, and has published articles on media history, sound, and performance.

Neil Verma writes about the history and aesthetics of sound in narrative-based art and media. He is the author of the award-winning book Theater of the Mind: Imagination, Aesthetics, and American Radio Drama as well as several articles that theorize sound in radio, television, film, and other media. Verma is Assistant Professor in the Department of Radio -Television-Film at Northwestern University.