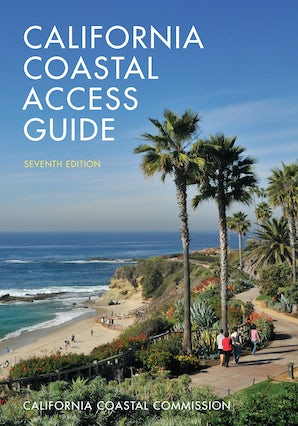 From the majestic redwoods and rocky shores in the north to the palm trees and wide, sandy beaches in the south, the California coast is an area of unsurpassed beauty and diversity. This thoroughly revised and expanded 7th edition of the California Coastal Access Guide is an essential travel handbook for both new and seasoned visitors exploring California's majestic 1,271-mile shoreline. With up-to-date maps and information, it is an invaluable travel guide for all coastal visitors—beachgoers, hikers, campers, swimmers, divers, surfers, anglers, and boaters—detailing where to go, how to get there, and what facilities and environment to expect.

--Information on wheelchair-accessible trails and facilities