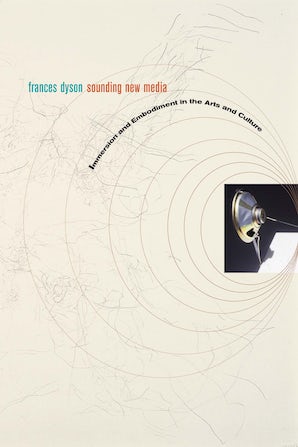 Immersion and Embodiment in the Arts and Culture

Sounding New Media examines the long-neglected role of sound and audio in the development of new media theory and practice, including new technologies and performance art events, with particular emphasis on sound, embodiment, art, and technological interactions. Frances Dyson takes an historical approach, focusing on technologies that became available in the mid-twentieth century-electronics, imaging, and digital and computer processing-and analyzing the work of such artists as John Cage, Edgard Varèse, Antonin Artaud, and Char Davies. She utilizes sound's intangibility to study ideas about embodiment (or its lack) in art and technology as well as fears about technology and the so-called "post-human." Dyson argues that the concept of "immersion" has become a path leading away from aesthetic questions about meaning and toward questions about embodiment and the physical. The result is an insightful journey through the new technologies derived from electronics, imaging, and digital and computer processing, toward the creation of an aesthetic and philosophical framework for considering the least material element of an artwork, sound.