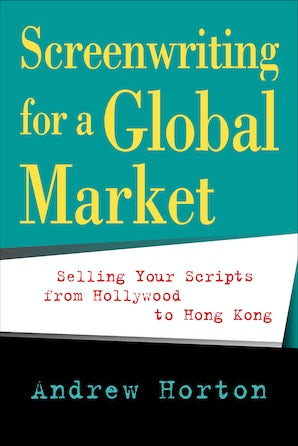 Screenwriting for a Global Market

Selling Your Scripts from Hollywood to Hong Kong

Cinema is a truly global phenomenon and screenwriters who limit their ambitions to Hollywood can unnecessarily limit their careers. This book, loaded with information on every page, provides the practical know-how for breaking into the global marketplace. It is the first book to offer specific advice on writing for screens large and small, around the world from Hollywood to New Zealand, from Europe to Russia, and for alternative American markets including Native American, regional, and experimental.

The book provides valuable insider information, such as

* Twenty-five percent of German television is written by Hollywood writers. Screenwriters just need to know how to reach that market.

* Many countries, including those in the European Union, have script development money available—to both foreign and local talent--from government-sponsored film funds.

* The Web's influence on the film industry has been profound, and here you can find out how to network through the Web. The book also lists the key Web addresses for writers.

Andrew Horton, author of two acclaimed books on screenwriting, includes personal essays by accomplished screenwriters from around the world and offers insightful case studies of several films and television scripts, among them My Big Fat Greek Wedding; Crouching Tiger, Hidden Dragon; and The Sopranos. Full of endless enthusiasm for great films and great scripts, this book will be an essential resource for both aspiring writers and accomplished writers hoping to expand their horizons, improve their skills, and increase their chances for success.

Includes an interview with Terry Gilliam and contributions from Bernard Gordon, writer for The Day of the Triffids and The Thin Red Line; Lew Hunter, Chair of Screenwriting at UCLA; Karen Hall, writer/producer for Judging Amy and M*A*S*H; and other screenwriters

Andrew Horton is the Jeanne H. Smith Professor of Film and Video Studies at the University of Oklahoma. His many books include Laughing Out Loud: Writing the Comedy-Centered Screenplay (California, 2000), Writing the Character-Centered Screenplay (second edition, California, 2000). He is an award-winning screenwriter who has written for American, Greek, New Zealand, Russian, Hungarian, and Norwegian productions.