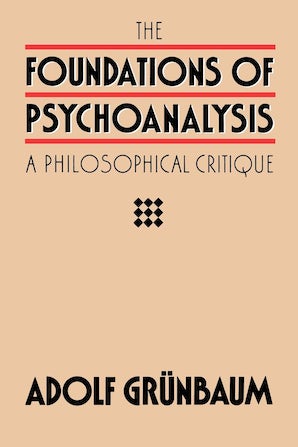 The Foundations of Psychoanalysis

Pittsburgh Series in Philosophy and History of Science

This study is a philosophical critique of the foundations of Sigmund Freud's psychoanalysis. As such, it also takes cognizance of his claim that psychoanalysis has the credentials of a natural science. It shows that the reasoning on which Freud rested the major hypotheses of his edifice was fundamentally flawed, even if the probity of the clinical observations he adduced were not in question. Moreover, far from deserving to be taken at face value, clinical data from the psychoanalytic treatment setting are themselves epistemically quite suspect.