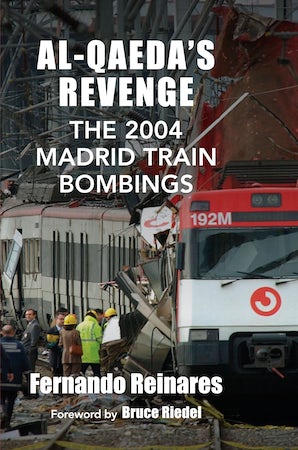 In Al-Qaeda's Revenge: The 2004 Madrid Train Bombings, Fernando Reinares tells the story of "3/11" - the March 11, 2004, bombings of commuter trains in Madrid, which killed 191 people and injured more than 1,800. He examines the development of an al-Qaeda conspiracy in Spain from the 1990s through the formation of the 3/11 bombing network beginning in March 2002, and discusses the preparations for and fallout from the attacks. Reinares draws on judicial, police, and intelligence documents to which he had privileged access, as well as on personal interviews with officials in Spain and elsewhere. His full analysis links the Madrid bombings to al-Qaeda's senior leadership and unveils connections between 3/11 and 9/11.

Al-Qaeda's Revenge, Spain's counterpart to The 9/11 Commission Report, was a bestseller in Spain.

Fernando Reinares is director of the Program on Global Terrorism at the Elcano Royal Institute, as well as professor of political science and security studies at Universidad Rey Juan Carlos, both in Madrid. He coedited, with Bruce Hoffman, The Evolution of the Global Terrorist Threat: From 9/11 to Osama bin Laden's Death (Columbia, 2014). He is a Global Fellow of the Wilson Center, where he was a Public Policy Scholar in 2011, and he is also an adjunct professor at Georgetown University and American University in Washington.