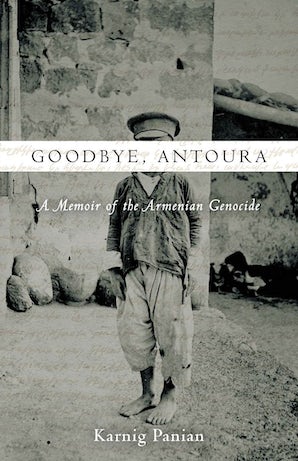 A Memoir of the Armenian Genocide

When World War I began, Karnig Panian was only five years old, living among his fellow Armenians in the Anatolian village of Gurin. Four years later, American aid workers found him at an orphanage in Antoura, Lebanon. He was among nearly 1,000 Armenian and 400 Kurdish children who had been abandoned by the Turkish administrators, left to survive at the orphanage without adult care.

This memoir offers the extraordinary story of what he endured in those years—as his people were deported from their Armenian community, as his family died in a refugee camp in the deserts of Syria, as he survived hunger and mistreatment in the orphanage. The Antoura orphanage was another project of the Armenian genocide: its administrators, some benign and some cruel, sought to transform the children into Turks by changing their Armenian names, forcing them to speak Turkish, and erasing their history.

Panian's memoir is a full-throated story of loss, resistance, and survival, but told without bitterness or sentimentality. His story shows us how even young children recognize injustice and can organize against it, how they can form a sense of identity that they will fight to maintain. He paints a painfully rich and detailed picture of the lives and agency of Armenian orphans during the darkest days of World War I. Ultimately, Karnig Panian survived the Armenian genocide and the deprivations that followed. Goodbye, Antoura assures us of how humanity, once denied, can be again reclaimed.

Karnig Panian was a longtime educator and vice principal at Djemaran, the Armenian Lyceum, based in Beirut, Lebanon.